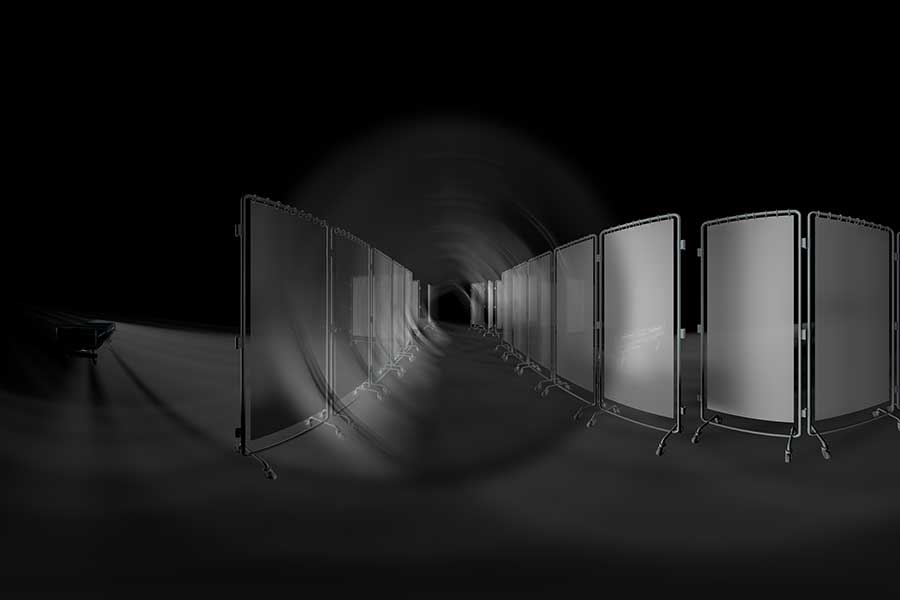 Care(less) is a new 360 degree film work by artist Lindsay Seers which uses Virtual Reality technology to give you the opportunity to feel what it might be like to be in the body of an older person facing a gradual reduction in capacity. Lasting six minutes, the experience shines a light on attitudes to ageing and the nature of relationships centred on care.

Lindsay Seers has been commissioned to produce a new VR artwork that will tour the UK in 2019/20 and which will address current public debates surrounding care. Care(less) will be exhibited at Fabrica, Brighton from 5 October – 24 November, at Frequency Festival, Lincoln from 24th-27th October and subsequently at Ikon gallery, Birmingham.

The OPCARE Commissioning Partnership comprises research teams from the University of Brighton (Lead Researcher), University of Lincoln and University of Birmingham and arts organisations Fabrica, Ikon gallery and Frequency Festival.

Funded by Wellcome Trust (Research Enrichment), the OPCARE Artist Commission responds to new research that looks as the experiences of older people receiving care which they pay for themselves. In exploring this complex area Care(less) and an accompanying programme of talks, discussions and activities seek to explore the value and meaning of care in human relationships. The commission provides the opportunity for an artist to work directly with the university research teams to expand the public conversation about care and open up a space to explore the universal human dilemmas that we may all face but not want to think about until they happen.

Lindsay Seers works in London and lives on the Isle of Sheppey. She studied at the Slade School of Fine Art, University College London (BA Hons, Sculpture and Media 1991-94) and at Goldsmiths College, University of London (MA Fine Art 1999-2001), where she now works as a lecturer on MA Fine Art (0.2).

Her works are in a number of collections including Tate collection, Arts Council collection, Artangel collection and the collection of MONA, Tasmania. She has won several prestigious grants and awards such as the Sharjah Art Foundation Production Award, UAE; Le Jeu de Paume production award for the Toulouse Festival, France; the Paul Hamlyn Award; the Derek Jarman Award; AHRC Award; a number of Arts Council and British Council Awards in support of her works and she also received the Wingate Scholarship from The British School at Rome 2007/8.