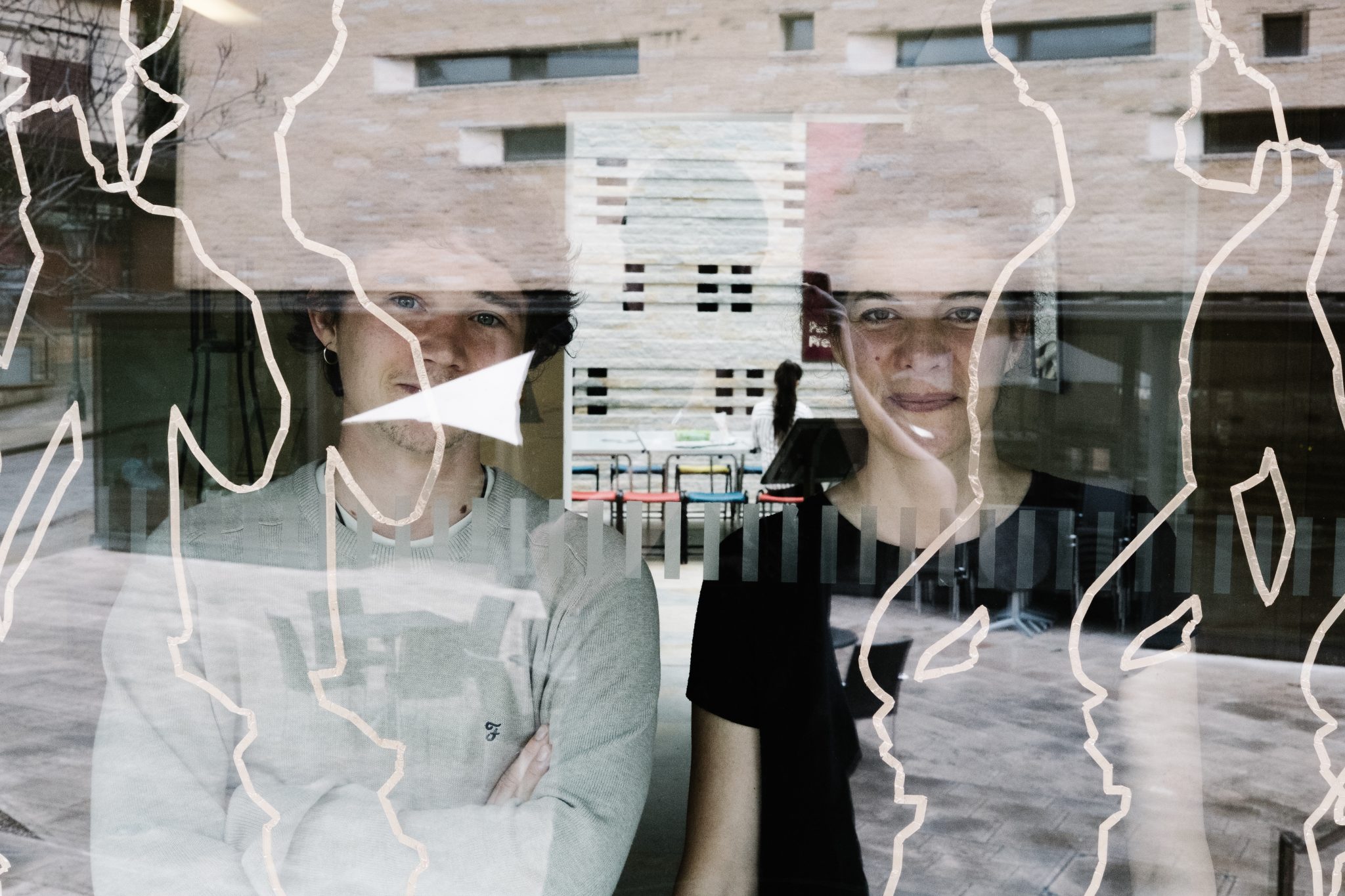 There’s an electrical circuit missing a vital component… you!

Drawn directly onto the walls and windows with copper tape, it powers an etching machine. But there’s a break in the circuit, and that’s where you come in.

Join hands with friends and fellow audience members to span the space between the drawing and the etching machine. By touching them both at the same time the circuit is completed, and the machine comes alive.

Monfrinoli’s work is often site-specific, ephemeral and affected by the viewer’s physical presence, in the making and in the seeing. The work is to be handled, entered, explored; a lightness of touch which changes the spaces we inhabit.

Sound is ephemeral. Recorded sound is a document. Williamson’s practice charts the interstice where there is real magic in the moment of beholding before the ability to adapt and change is siphoned out.