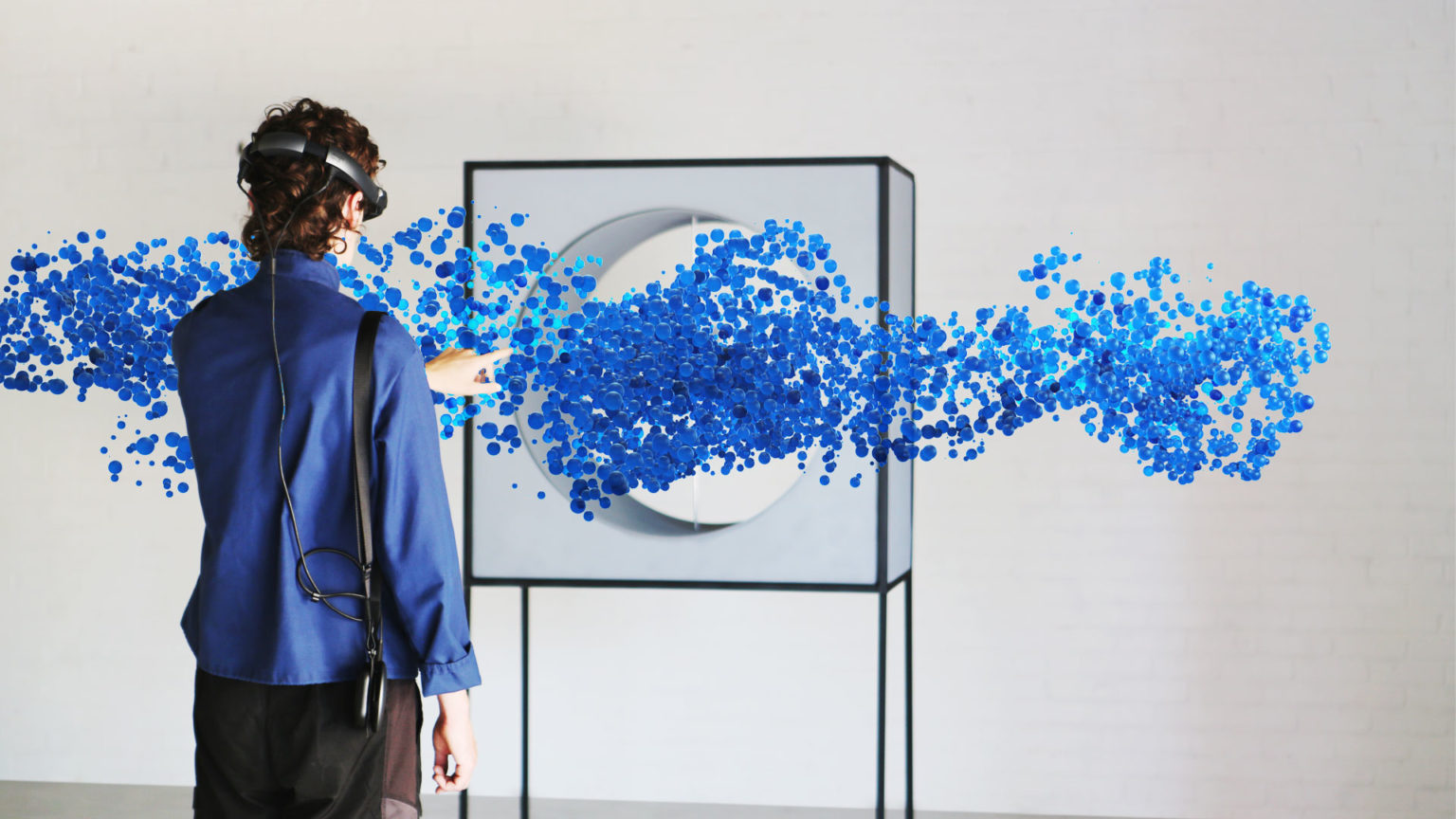 The quality of our air is invisible to the naked eye, but not to our lungs. At a time when air safety is at the front and centre, this Mixed Reality sculpture uses cutting-edge technology to show us what we’re breathing.

The sculpture is inspired by investigations into early air pollution devices, from the canary in the mine onwards. It has an Atmo Sensor which picks up the invisible changes in the air quality around it. This data is then translated by the artists into an evocative audio-visual simulation, visible only via a VR headset.

Digital Atmosphere is part of Studio Above&Below’s ongoing series of artworks that use live data, VR and Augmented Reality to create living, breathing and reactive virtual sculptures. They use speculative storytelling and digital art to highlight the hidden connections between humans, machines and the environment – like air pollution.

Digital Atmosphere is the result of Studio Above&Below’s latest 12-month research and development commission by Broadway’s Near Now Fellowship programme in Nottingham, UK.

Studio Above&Below is a London based art and technology practice founded by Daria Jelonek (GER) and Perry-James Sugden (UK) after graduating from the Royal College of Art. They have created ground-breaking artworks using immersive technologies such as AR and XR. They use live data inputs in order to make the invisible visible and give our environment a voice to express itself.