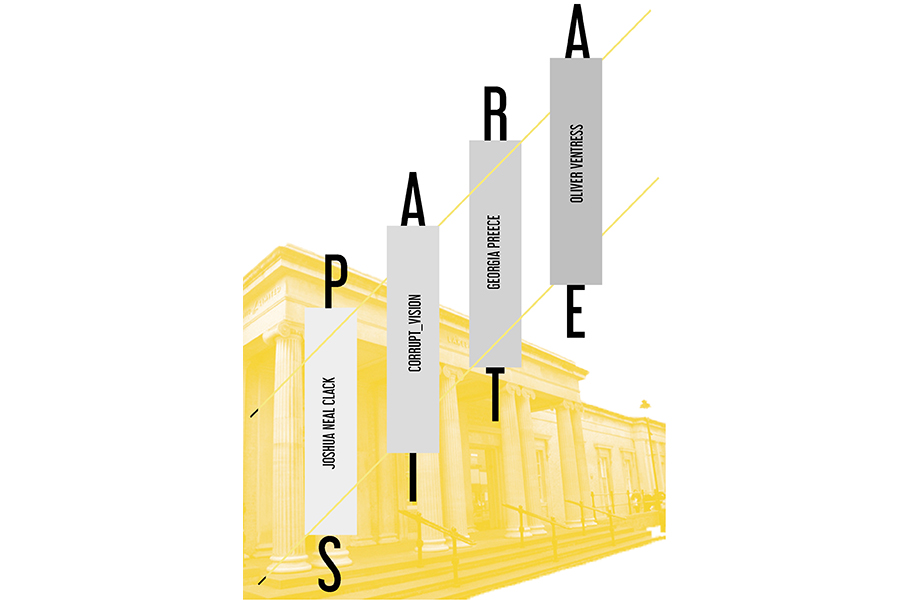 Robin Williamson and Georgia Preece have been awarded the New Talent Bursary, with which they have produced PARA/SITE on behalf of Frequency 2019.

As an artist Robin Williamson’s work includes moving sculpture and etchings, directed by an interest in interaction and interference. He creates work that has the ability to change and adapt, using interaction and site specifically to direct the behaviour of the moving sculpture. Etching plates are used to document these movements. Robin is exhibiting at Frequency 2019 at St. Martins Gallery with Continuity with Nadya Monfrinoli .

Georgia Preece is a research artist whose work engages in themes of social, political and environmental unrest.

Joshua Neal Clack is an installation artist based in Leeds. Clack’s interests are in re-presenting archived objects and footage in a new manner to see how audiences react to seeing previously known information in a dissimilar environment.

Corrupt_Vision is a digital Glitch artist based in York. Their predominant focus is set on how we view the digital with an aim to subvert against the popular and accepted forms of this medium.

Oliver Ventress is a conceptual video/ document artist. Often working with analogue video monitors and installation, he is primarily concerned with ideas of ‘Being as a Medium’, isolation in a landscape and pursuits to find ‘unknowns’.