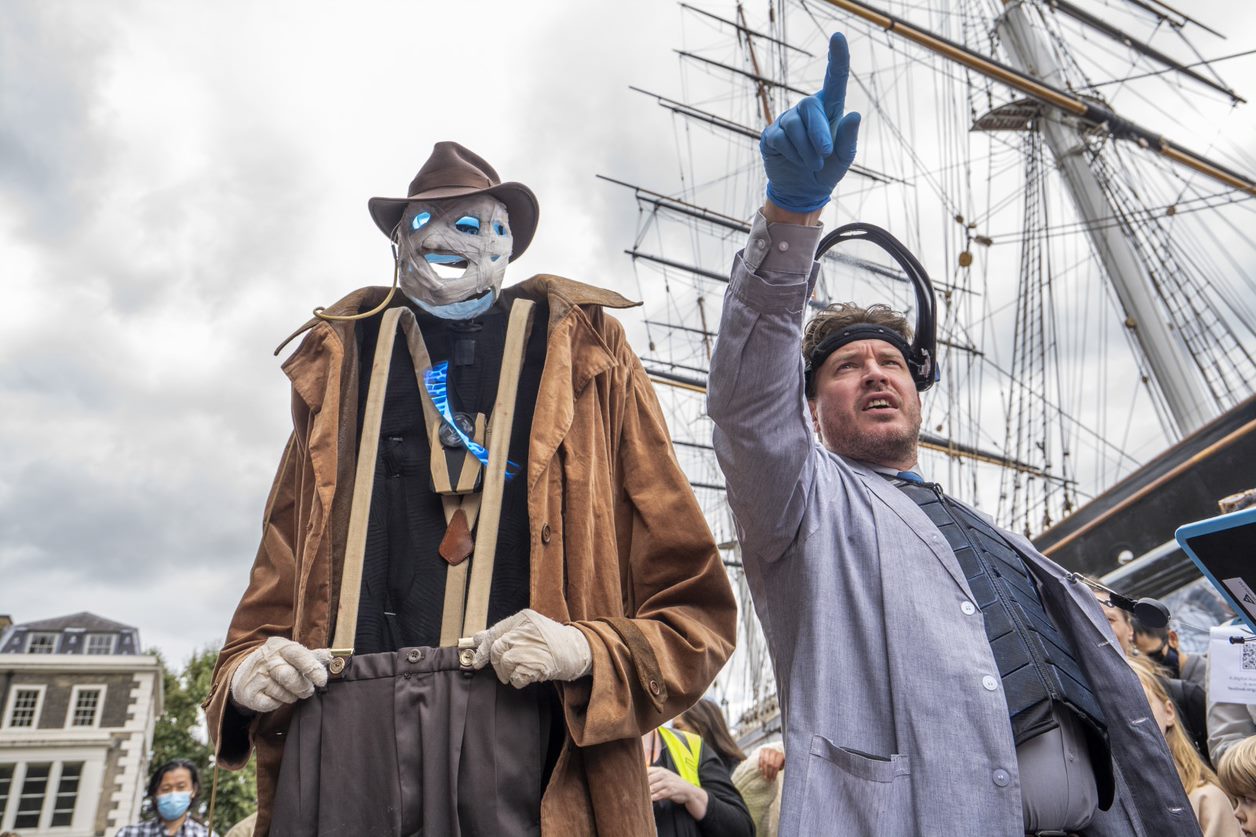 Introducing The Invisible Man. Come face to face with the man who isn’t there.

A living, breathing science experiment gone wrong. Contained and stewarded by his mysterious doctor, witness the scientific marvel and learn more about he came to (not) be. Interact with him as he explores his new powers, but be warned you may see more (or less) than you bargained for!

The Invisible man is a new strolling interactive street theatre performance. It introduces you, the audience, to a live action, mobile, translucent man. Using a mixture of magic, puppetry and audio visual projection, his strange condition can be witnessed up close as he explores his environment and his internal organs start becoming more tangible.

This will be an unforgettable experience!

Altered States is based in Manchester and was founded by Marc Parry in 2018 after a lifelong love of classic Sci-Fi and creating props needed to be combined.

Marc began creating outdoor performance in unconventional spaces while still at drama school as part of Manchester’s Streets Ahead programme in 2000. He then started an ongoing working relationship with renowned Outdoor Arts company Artizani and in the 20 years since has gone on to work with and develop shows for many of the longest established outdoor art companies, devising and performing throughout the UK and Europe in a variety of different settings, from one person intimate strolling experiences to large scale static performances with audiences of over 10,000 people