ONLINE ZONE < BACK to the feed 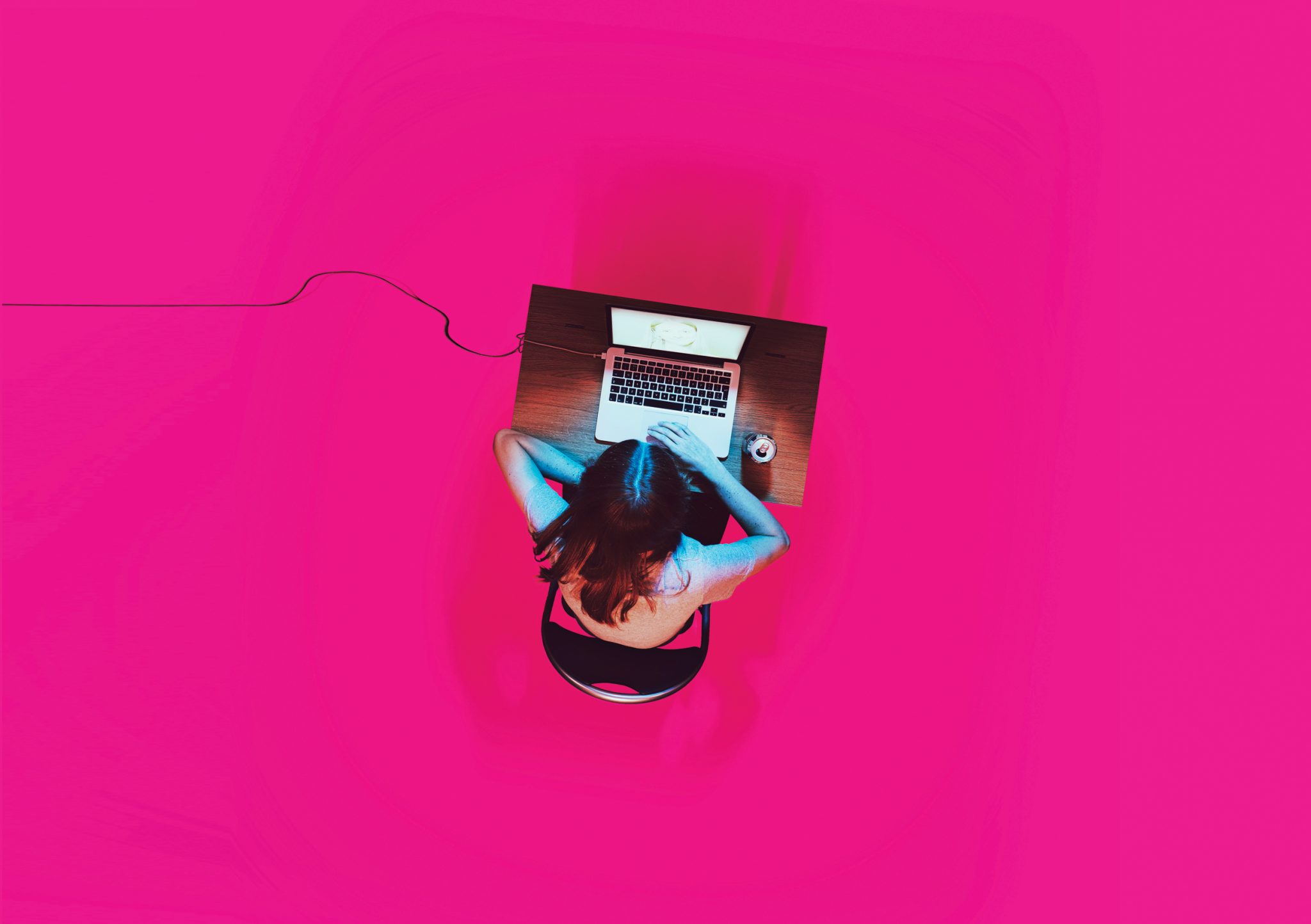 This article was originally written by artist Claire Gaydon for Exeunt Magazine and published on 25 April 2019.

YouTubers and live artists alike are under pressure to share personal information about their lives. Claire Gaydon writes on the risks of making confessional work, and the need to find ways to protect yourself.

When I first came across the statistic that 34% of young people give ‘YouTuber’ as their top career choice, I was pretty shocked. Before 2017, I didn’t even watch YouTubers. I basically had no idea. I started watching their videos out of curiosity. As I came across more and more confessional content, I started thinking about the desire to connect, mixed with a pressure to meet a demand for authenticity. As a theatre-maker who uses partly autobiographical material, I totally identify with that.

I first met Instagram influencer, poet and writer Salma El Wardany through a friend who told me “You’ll really like Salma because she’s like you. She talks honestly and openly about everything and she loves talking about sex”. And it’s true, I am like that, and I also really like Salma because she’s also like that. But as a theatre-maker I feel this real conflict between wanting to share personal information in my work, and wanting to keep things back. During the process of developing my show, Somebody I Used to Know, I was struggling to figure out whether to include a section about a family member who had passed away. I didn’t in the end because I knew that if the show wasn’t well received, I’d somehow feel like I’d be letting them down. 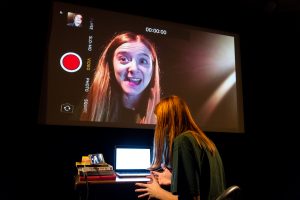 It’s a struggle that Salma’s thought a lot about. She told me that “I speak to other Instagrammers who are like ‘Oh I have to keep giving them stuff’ I just think, ‘Well no, you don’t. What do you keep for yourself?’ Let’s say you make a video about anxiety for example, and then people comment and they wanna know more about your anxiety and they wanna know how you cope with it in this situation or that situation. You’re not obligated to give them more. I think that’s why people get stressed putting stuff out there, cos they think ‘if I put a little bit I’m gonna have to do everything’, well no, you don’t. I think we forget to see it as art.”

Viewing the work as art feels important. You can make something as confessional as you like, but if you see it as something separate from you then you’re protected. The problem can lie in the fact that social media influencers aren’t always sure about where the line is themselves. Some online content feels vulnerable and empowering, some feels exploitative and harrowing. In the latter, the makers don’t seem to know why they’re sharing, and they’re not owning the content in a way that feels safe. Lots of videos like this that are getting a lot of attention.

I met YouTuber and music producer Christopher Bing after he saw See-Through at the Edinburgh Fringe. On his channel he talks openly about how YouTube doesn’t protect its community and subsequently he built a website called iheartmysubbox.com where you login with your YouTube account, and are able to watch all the channels you’re subscribed to without seeing any ‘recommended’ videos. He said that “What gets me upset is YouTube’s hypocrisy. They say they care but they don’t. The algorithm clearly boosts clickbait and controversial content. As long as they’re making money they don’t care about the makers or the audience.”

An event that feels fresh in my mind was when American YouTuber Logan Paul (over 18 million subscribers) posted a video on YouTube showing footage of a deceased man who had hanged himself in a forest in Japan where many people choose to commit suicide. YouTube suspended his ad revenue for two weeks, put him under a 90 day probation period that prevented his videos from showing up in recommendations, and disqualified him from the Google Preferred program. But once this probation period was over it was like nothing had happened. In fact eight months later, a boxing match between Logan and ‘rival’ British YouTuber KSI was live-streamed on YouTube.

“And who benefited the most from the Logan and KSI boxing match? YouTube.” Christopher explains that “YouTube live-streamed it as pay-per-view. And they know that the majority of that audience are kids too. You can make money ethically, but also, no one is beholden to do so. Just don’t tell us you’re being ethical and then do the opposite.”

It’s clear that YouTube could do more to protect its creators and audience. But YouTube is just one part of our wider culture, one which is drawn to confessional content, including in the worlds of performance and live art. And conversations about how both performers and audiences are protected aren’t always being had.

An autobiographical show that had a big impact on me was Katy Baird’s Unreal at The Yard last Feb as part of NOW18. It was described as ‘excruciatingly honest’ and afterwards I remember thinking, ‘fuck, yes that was’. Katy talks about her relationship with drugs in a way that really resonated with me. Shared experience is obviously a big factor in why we appreciate autobiographical work, but I think there’s also something powerful in just the act of seeing someone open up, regardless of whether you can relate. When you open up you are accepting something about yourself and in turn, I think that can encourage others to accept themselves too.

But just like with YouTube and Insta, there’s the question of self-care. In Scottee’s essay here he says one of the reasons he makes confessional work is because it’s ‘fundable, commissionable and audiences find it appealing.‘ He goes on to say: ‘I’m given awards, opportunities I’d die for and access to a life I never thought I’d have– the allure is hard for anyone to refuse.’ And it’s true. Confessional work is very desirable and marketable, and as long as that’s a thing people will continue to make it, and find ways to navigate its more uncomfortable sides.

Scottee has chosen to pull back from making confessional work, moving towards making performances that are more collaborative. I’ve decided to make it purposefully ambiguous how much of See-Through is about me and how much is fictional. It’s a creative choice that enables me to blend my experience and research-driven fiction to deliver the story that I want to tell. It also protects me. So, although it may contain autobiographical material, it’s not an autobiographical show. The narrative in See-Through follows a YouTuber who will do whatever it takes to gain views and subscribers, but it’s also very much about me as a performer, about wanting to share and not wanting to share, and the benefits and costs of both.

When we share for reasons that feel right, regardless of whether it’s an online video, a performance or an intimate conversation, we connect and that is a beautiful thing. But when we share because we feel we should, I think that’s when it can have the opposite intended effect. It’s important that we keep sharing, but even more so that we make sure we have boundaries, and that we’re the ones setting them.

For more on confessional work and self care, read Hannah Greenstreet’s piece on See-Through and Cock Cock, Who’s There